Cooperation with the Centre for the Study of Democratic Institu tions (CDI), Australian National University, Canberra

Ben Reilly, Director of CDI, has collaborative ties to several CSD faculty. CDI has ongoing projects on political party development, and on strengthening of parliaments in new democracies with a focus on the Asia-Pacific region. CSD faculty also have ties to scholars such as Ian McAllister involved in the study of party and electoral systems.

Cooperation with the Centre for the Study of  Democratic Citizenship (CSDC-CÉCD), University of Montréal

In conjunction with CSDC faculty Andre Blais (University of Montreal) and Elisabeth Gidengil (McGill) CSD and CDSC are planning a program of exchanges and joint conference intended to begin in 2012.

The Sociology Department at Renmin University is, along with CSD, a part of the international consortium that sponsors the RESEARCH PROGRAM IN COLLECTIVE ACTION & SOCIAL MOVEMENTS. The contact person at Renmin is Shizheng Feng,  associate professor of Sociology. He works in the fields of social movements and collective action, political transition, social inequality, college education, state and economic development in China, with comparing China to Western countries, and especially the former communist countries. He is now working on projects on protest control in Beijing campuses and stratification in education attainment in Chinese Universities.

Cooperation with the Centre for Voting and Parties, University of Copenhagen, Denmark
The Centre for Voting and Parties (CVAP) is a research centre that focuses on the study of the central institutions of modern representative democracy (elections, voters, electoral systems, parties, parliaments, governments, constitutions, etc.), and of the processes taking place subject to these institutions. CVAP is part of the Department of Political Science at the University of Copenhagen.  The CSD contact person is Professor Peter Kurrild-Kitgaard. The Centre brings together researchers from the University of Copenhagen and other universities in Denmark and abroad around common research projects and activities.

In conjunction with IRGEI, directed by French economists Bertrand Lemennicier and Bruno Jérome, CSD is coordinating a set of scholars to study historical patterns/cycles of party strength in national legislatures in the U.S. and Western Europe in the post WWII period, and in the European parliament. A panel on this topic, jointly organized by CSD and by IRGEI, took place at the Annual Meeting of the Public Choice Society, in Las Vegas, in March 2009.  A follow-up conference may be held in France in 2013 or 2014.

CSD's contact person at GAEL is Professor Annie Laurent, Center for National Scientific Research (CNRS), University of Lille 2. CSD has co-organized two conferences with GAEL in Summer 2009, one in Paris, on "Reforming the French Presidential Election System," and one in Frejus, France on "The Legacy of Maurice Duverger." Each has involved the participation of CSD faculty and affiliates.  The former resulted in an edited volume co-edited by Bernard Dolez, Annie Laurent and Bernard Grofman, and the latter resulted in a minisymposium edited by these three scholars that appeared in the leading French language journal of comparative politics.

Cooperation with the Center for the Study of Democracy, Leuphana University, Luneburg, Germany.

The Director of this program Ferdinand Muller-Rommel is a CSD International Affiliate, as is Christian Welzel.  Both have been visitors at UCI under CSD auspices. In 2012, CSD signed an agreement for cooperation between the two Ceters that is expected to result in UCI's CSD hosting  graduate student visitors from Leuphana whose expenses are covered by the sending institution, and the participation of one or more UCI graduate students or faculty in their summer workshops on comparative politics.

For a number of years Professor Hans-Dieter Klingemann, a past Research Director at the WZB, and past president of the German Political Science Association, has been a visiting scholar at UCI, hosted by CSD and the Political Science Department. Professor Klingemann has compiled extensive data sets on post-Communist elections in Eastern Europe, political values, and the development of party systems, and he has worked closely with several Center members. Bernhard Wessels is our current political science contact at the WZB. Center faculty also have strong links to economics research at the WZB through Kai Konrad, who is involved in a WZB program in political economy.

Cooperation with the Center for the Study of Imperfections in Democracy (DISC), Central European University, Budapest

Cooperation with the Department of Political Science, University of Bologna, Italy

A formal agreement to foster joint research and exchange of faculty was negotiated in 2004 between the Department of Political Science at the University of Bologna and three research centers within the University of California system, the Institute for Government Studies (IGS) at UC Berkeley, the Center for American Politics and Policy (CAPP) at UCLA, and the Center for the Study of Democracy (CSD) at UCI.

A number of faculty from the University of Bologna visited one or more of these three UC campuses in 2007-09, for periods ranging from two to four months. The first UCI esearch project under the rubric of this agreement (supported in part by funds from the Italian Ministry of Education, under a grant of which Prof. Giorgio Freddi is the principal investigator) involved the comparative study of the long run effects of the similar major electoral reforms that took place in the early 1990s in both Italy and in Japan. A planning conference was held at UCI in mid-March 2008, and a follow-up conference was run at the University of Bologna in November 2008.  Proceedings of this conference have been published in volume co-edited by Professor Daniela Giannetti (Bologna) and Professor Bernard Grofman (UCI). A follow-up project is planned on Italy-France comparisons of political institutions.

LUISS Guido Carli is a private Italian university located in the heart of Rome. It specializes in Economics and Finance, Business and Management, Political Science, and Law. CSD’s collaborators at LUISS are Professors Roberto D’Alimonte rdalimonte@luiss.it and Lorenzo deSio ldesio@luiss.it in Political Science and, through them, we are linked to an Italy-wide consortium that is studying voter choice and party system change in current Italian elections.

The Sociology Department at the University of Vrije, Amsterdam, along with CSD, a part of the international consortium that sponsors the RESEARCH PROGRAM IN COLLECTIVE ACTION & SOCIAL MOVEMENTS. The contact person at the Free University is P.G. (Bert) Klandermann, Professor of Applied Social Psychology & Dean of Faculty of the Social Sciences. He works in the field of collective action and social movements. The FSW encompasses six disciplines: communication science, organization sciences, political science, public administration, social & cultural anthropology, and sociology. 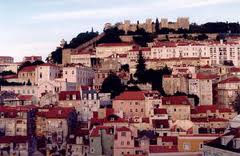 Cooperation with the Institute of Social Sciences, University of Lisbon

Cooperation with the Faculty of Sociology, Pompeu Fabra University, Spain

The contact person at Pompeu Fabra is Professor Mario Diani. Professor Diani is one of the co-organizers of the international RESEARCH PROGRAM IN COLLECTIVE ACTION & SOCIAL MOVEMENTS. 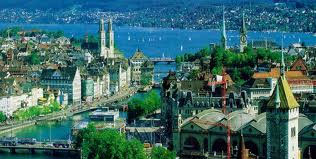 Cooperation with the National Center of Competence in Research Challenges to Democracy in the 21st Century, University of Zurich

CSD has begun cooperation with NCCR Democracy by co-sponsoring a conference in June 2012 on “Ethnic Politics and Electoral Democracy” (also joint with the Centre for Comparative Studies (CIS) at the University of Zurich). Our contact person is Professor Daniel Bochsler