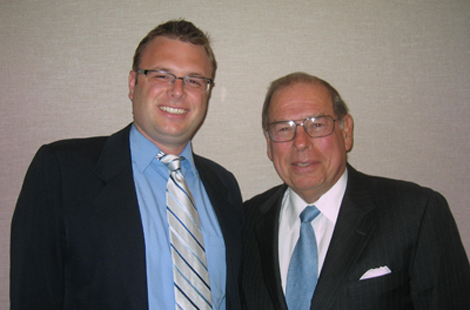 The Center was very honored to host Jose Maria Aznar as the 2004-2005 Peltason Lecturer and a Chancellor’s Distinguished Fellow, April 4, 2004. Prime Minister of Spain Aznar came as CSD's guest thanks to the personal invitation of former Ambassador to Spain, George Argyros.  Proceeds from a dinner for the Prime Minister hosted by the Ambassador provided funding for the Aznar-Argyros Fellowships for the period 2006-2010.

These fellowships provided support for students who entered the Ph.D. program in sociology or political science at UC Irvine.